Hello and welcome to checkout this project on mine which is about creating a sound card for the legendary and pioneering home computer of the seventies, the Apple-1. 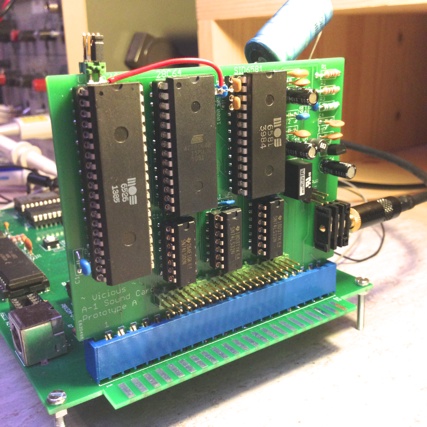 Current status now, on April 2014, is that the first and the only prototype of the sound card exists with the features explained in this page. Some fixes and changes need to be done to the circuit board and next version of the circuit board will be manufactured soon. I sure hope it's going to be the final version because is not that cheap fun.

Will be decided later. If you want to be kept informed, drop me a line in my gmail address. That's with the prefix "sampo.peltonen". In any case I cannot supply SID or CIA chips, you'll need to find those from somewhere else.